AGSMs typically consist of a long process. An AGTuber will set up their camera and move their doll into where they want them to be. They will then take a picture, then repeat the process by moving their doll slightly and taking a picture. AGTubers will use cameras, phones, computers, and other devices to take their pictures. Then, they compile these pictures into and editor and shorten the clips to their desired frames-per-second (FPS) rate to make the doll look like it is really moving. They will usually add voices over the video so they dolls look like they are talking as well. Creators also use the stopmotion format for movies (typically around 10 - 16 minutes), AGMVs, and series. 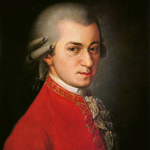